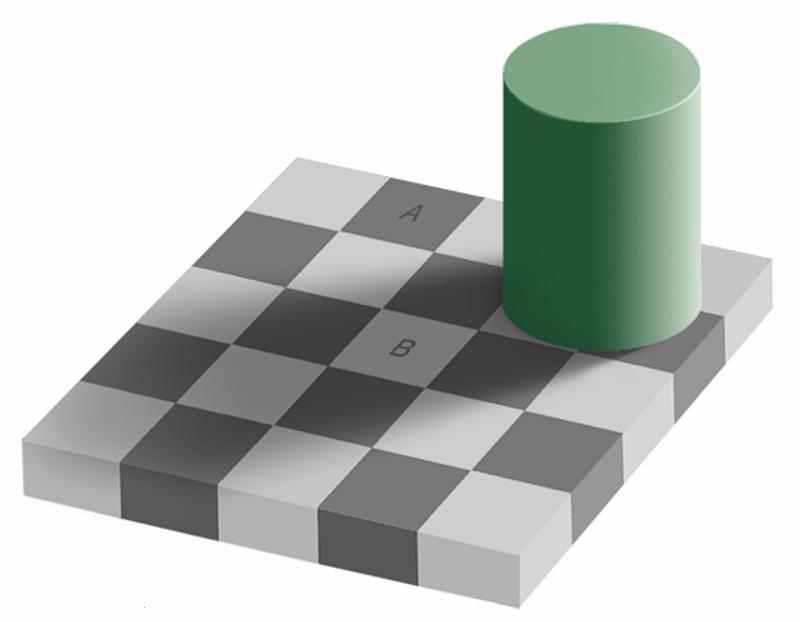 Previous
Next
Square A and B are actually the same color and shade! Proof: No one really believes this when they first see it. Try cut and pasting it in paint.and then playing around with it. Try printing it off and folding/cutting the pages together. Explanation: There are several things that make this illusion work. First you need to understand that our eyes didn't evolve to differentiate between different shades but rather our eyes evolved to try identify objects by picking out their true colors. This illusion isn't an example of a failure of visual perception but is successful proof of unconscious changes our brain makes to our visual perception. What makes this work? Because of the familiar checkerboard pattern our brain expects the colors to interchange evenly. Our eyes pick up on the shadow the cylinder is making an adjust the color of the square to be lighter than it actually is. The contrast of the letters A and B makes the squares seem lighter and darker than they actually are. The contrast of the dark squares and the light squares beside each square makes the squares seem lighter and darker than they actually are.