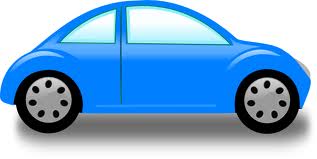 Previous
Next
Adam, a regular commuter, arrives at the train station at five oclock every evening, where his wife meets him and drives him home. One day, Adam takes an earlier train and arrives at the station at four. Instead of calling his wife, he decides to walk home along the route his wife usually takes. They meet somewhere along the way and they drive home, arriving 10 minutes earlier than usual. Let us say that the wife drives at a constant speed and always leaves just in time to meet the five oclock train, how long did Adam walk before his wife picked him up?
ShowHide Hint   ShowHide Answer

The wife's speed and the distance from the station to their home are not needed to solve the riddle.

Adam walked for 55 minutes before his wife picked him up. Because they arrived home 10 minutes earlier than normal, this means that the wife's travel time to and from the station was cut down by 10 minutes (5 minutes to the station, 5 minutes home). It follows that she met Adam 5 minutes before his usual 5 oclock pick time, which means they met at 4:55. Adam started walking at 4, so he walked for 55 minutes.