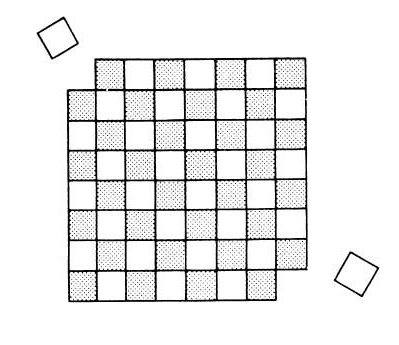 Previous
Next
You have a chessboard and 32 dominoes. Each domino can cover two adjacent squares on the chessboard. Therefore, the 32 dominoes can cover all 64 squares on the board. If you cut out two squares at diagonally opposite corners of the chessboard and throw out one of the dominoes, is it possible to arrange the 31 dominoes on the board so that the 62 remaining squares are covered? Explain.
ShowHide Hint   ShowHide Answer

It is not possible. Explain why.