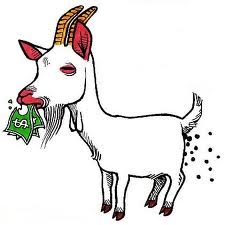 Previous
Next
You are on a gameshow. The gameshow host tells you there are three doors. Behind two of the doors are a goat and behind one of the doors is a million dollars. He tells you he will reveal a different door after you make you selection. You pick one door and he then opens a different door to reveal a goat. He then offers you the option to switch doors. Should you change the door you picked? Keep it. Or does it not matter?
ShowHide Hint   ShowHide Answer

Go over the chances of picking a million dollars from each door.